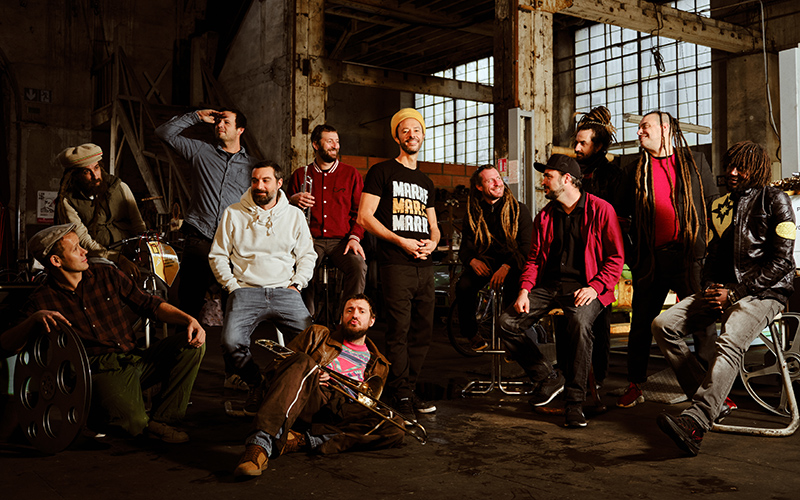 Danakil : 20 years of career. This is an important step in the life of a band! Nearly 1,000 concerts and 150,000 albums sold, sold-out venues, unusual trips, festivals… the musicians of DANAKIL have had many adventures and collective experiences! Starting from nothing at the time of the high school, the merry band of buddies launches out the rather incredible challenge to create a reggae group. The band chose an instrument and booked a rehearsal slot at the local MJC. Little by little, DANAKIL managed to find the alchemy between the inspirations and talents of each member of the group, between the Jamaican roots of reggae and the language of Molière, and 20 years later, the band is touring the biggest stages in Europe! They have kept their simplicity, and naturally create a complicity with their fans and their audience at each concert, as they did at the beginning. This very special atmosphere has largely contributed to the group’s success and has taken them to the top of the French reggae scene, imposing their singular stamp, stamped with the seal of independence and militancy. In short, there’s nothing better to blow out the candles than to see the band on stage!